LONDON, ON –  Comet Biorefining Inc. a leading provider of high-quality, cost-competitive cellulosic dextrose technology, today announced the appointment of Rich Troyer as the company’s Chief Executive Officer. Mr. Troyer was most recently the Chief Business Officer at Coskata and was previously a Managing Director at the Blackstone Group. “I am pleased to join Comet at such an exciting time, and look forward to working with the management team as we advance Comet to commercial stage,” Mr. Troyer said.

Andrew Richard, Comet founder, has been appointed Chairman of the Board and Chief Technology Officer of the company. “Rich brings a strong combination of corporate development and operating experience coupled with significant finance expertise in renewable chemicals and biofuels, and I am delighted to welcome him to the Comet team,” said Dr. Richard.

Mr. Troyer was previously the Chief Business Officer at Coskata, a bio-chemicals company, where he oversaw business development, strategic planning, project development and external relations. Before joining Coskata, he was a Managing Director at The Blackstone Group, where he was responsible for investments in biofuels and bio-chemicals companies. Earlier in his career, he was an equity research analyst at AllianceBernstein, Credit Suisse First Boston, and Piper Jaffray, where he focused on the clean technology and biotechnology sectors. He received an MBA in Finance and Marketing from the Wharton School of the University of Pennsylvania and a BBA degree from Baylor University.

Comet also announced that Bruce Jamerson has joined the company’s Board of Directors. Mr. Jamerson brings a wealth of experience in energy, agriculture and finance to Comet. He served as Chairman and CEO of Mascoma Corporation and was President and a Board member of VeraSun Energy Corporation. He is currently President of Conifer Investments, LLC, a strategic advisory firm, and holds a Board position with Ensyn Corporation. Mr. Jamerson earned an MS degree from the MIT Sloan School of Management and a BGS degree from the University of Michigan.

“Adding Bruce Jamerson to Comet’s Board of Directors further strengthens our leading position in driving the bioeconomy. We are thrilled to be able to work closely with someone of Bruce’s caliber and background going forward,” stated Dr. Richard.

Comet Biorefining is a leading provider of sustainable, high-quality, cost-competitive cellulosic dextrose technology for applications in renewable biochemicals and biofuels. Comet Biorefining operates a demonstration scale plant in Rotondella, Italy, owned by ENEA – the Italian National Agency for New Technologies, Energy, and Sustainable Economic Development. In February 2016, Comet Biorefining announced the construction a 60 million pounds per year commercial sugar plant to come online in 2018. The company plans to build, own and operate its own plants and will strategically license its technology to select partners on a worldwide basis to meet the growing demand for bio-based products. For more information, visit http://www.cometbiorefining.com. 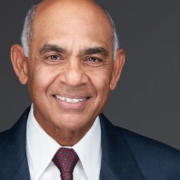 Sarnia’s Comet Bio adds experience to its board 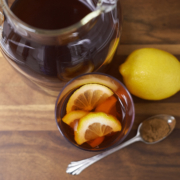 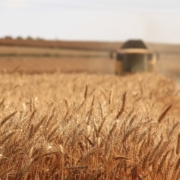